The brain behind it was Hakeem Hafiz Abdul Majeed, one of the most renowned Unani practitioners of his day. A famous philanthropist, Hakeem Sahabs main intention was to break away from the old tradition and bring in a new way of practice.

True to its name and the originator’s intentions, Hamdard has always been fully committed to quality and compliance and met the highest quality standards. It began to thrive and grow totally driven by quality and perfection.

Unfortunately, Hakeem Hafiz Abdul Majeed passed away in 1922 and could not see his efforts take a multidimensional shape under the able leadership of his illustrious sons- Hakeem Abdul Hameed and Hakim Mohammed Said (who undertook the development of Hamdard Pakistan).

Old and traditional yet warm and friendly, energetic yet sensitive, Hamdard (India) is the reflection of the exemplary life of Hakeem Abdul Hameed. Through unending perseverance, imagination, innovation and a strong will to adapt to the times, he brought the dynamism of a new age to the philosophy and operation of Hamdard. Their pool of medical experts with extreme calibre pushed the organization forward with ever-evolving innovations. As a result not only did Hamdard become a premier pharmaceutical house but also today represents our nation on a global medicinal platform.

Hakeem Abdul Hameed revived Unani at a time when it had stagnated beyond belief. Not restricting himself to his innumerable contributions to the field of Unani medicine, he is also credited with preparing a definitive edition of IbnSina’s ‘ al-Qanum fi ’ l-tibb’ and translating it into English. This work advanced under his supervision for over 4 decades. For his contribution, he won accolades from all over the globe. He was also the recipient of the Padma Shri & the Padma Bhushan.

The mantle was further passed down to his sons, Mr. Abdul Mueed and Mr. Hammad Ahmed. Mr. Abdul Mueed was appointed the First Chief Mutawalli and is credited with making Hamdard what it is today.

Hamdard Laboratories India ( Medicine Division) is now being managed by Hakeem Abdul Hameed’s oldest grandson Mr. Abdul Majeed Sani and it takes the crown as one of India’s leading Health and Wellness company, with a portfolio of over 600 natural and herb-based products. This organization has a special place in Indian hearts. 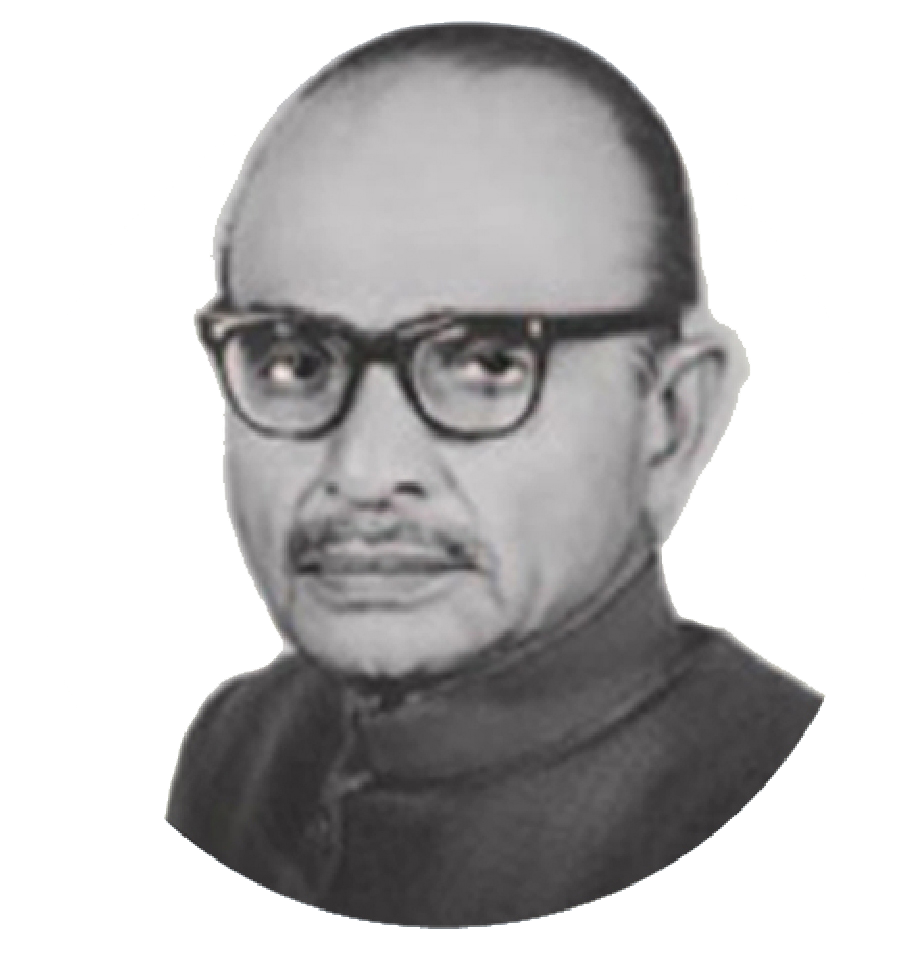 Over the years, we have learnt and re-learnt and achieved quite a few feats. 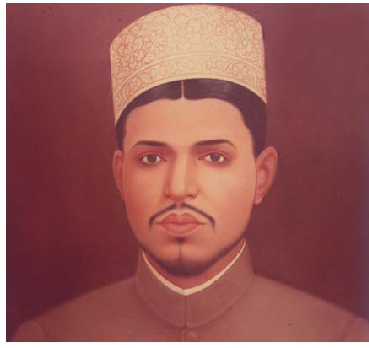 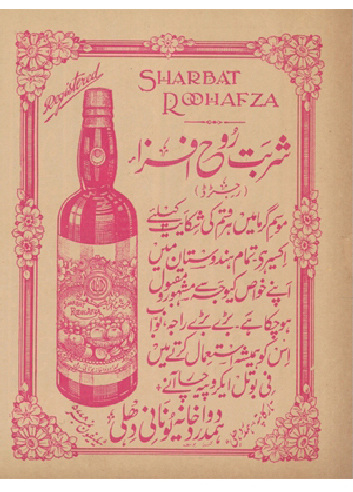 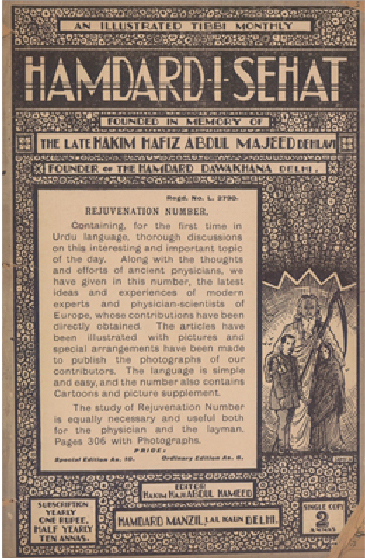 Institute of History of Medicine and Medical Research(IHMMR) set up to promote research in Unani "Hamdard National Foundation, India" founded to drive CSR initiatives of Hamdard. 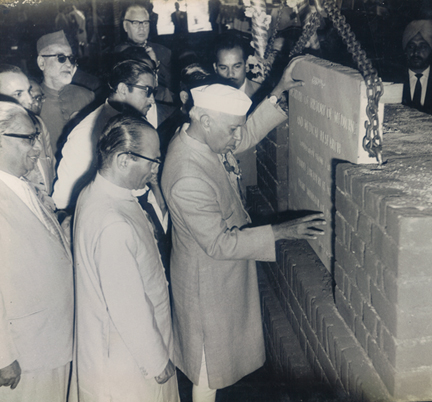 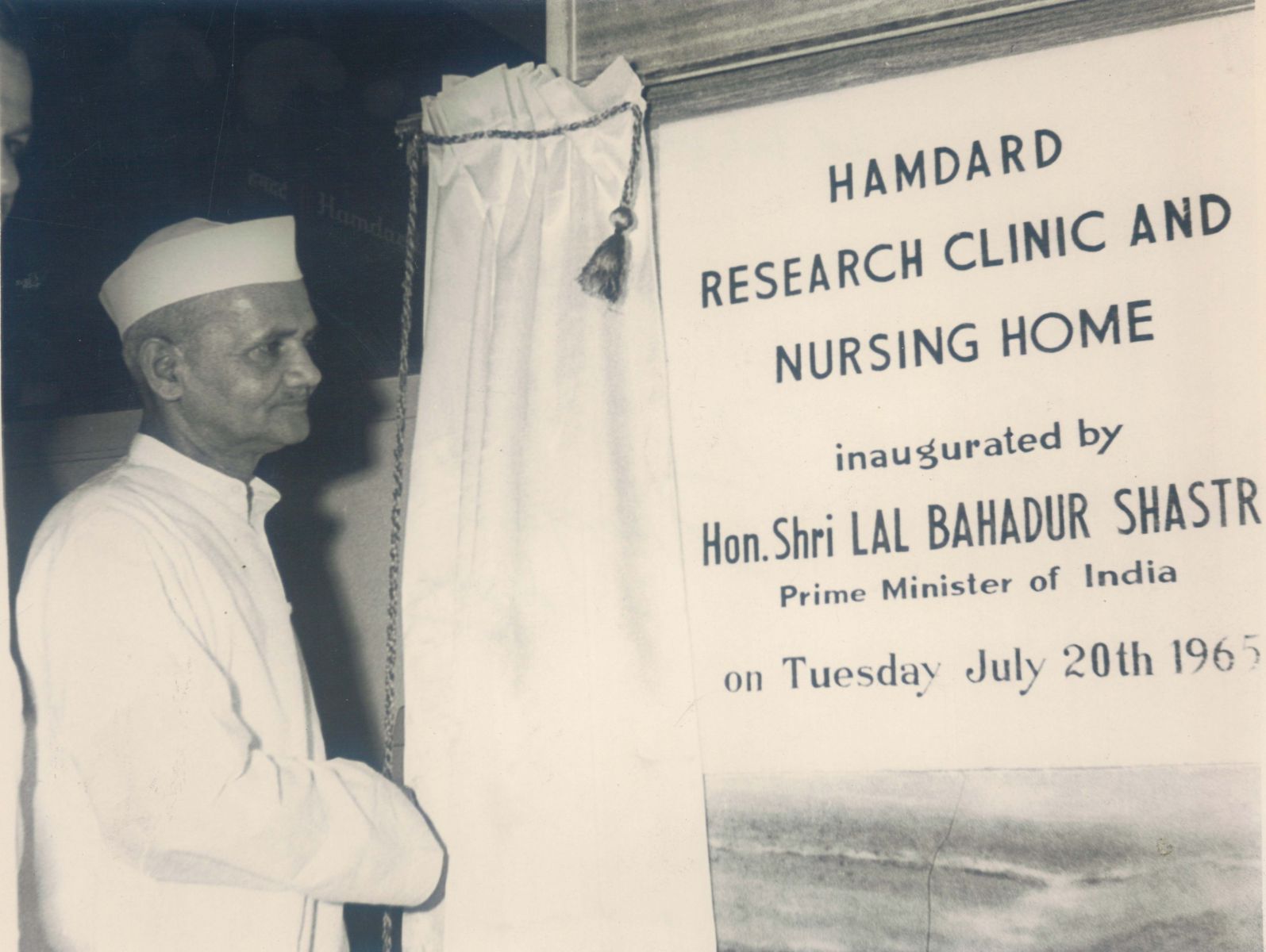 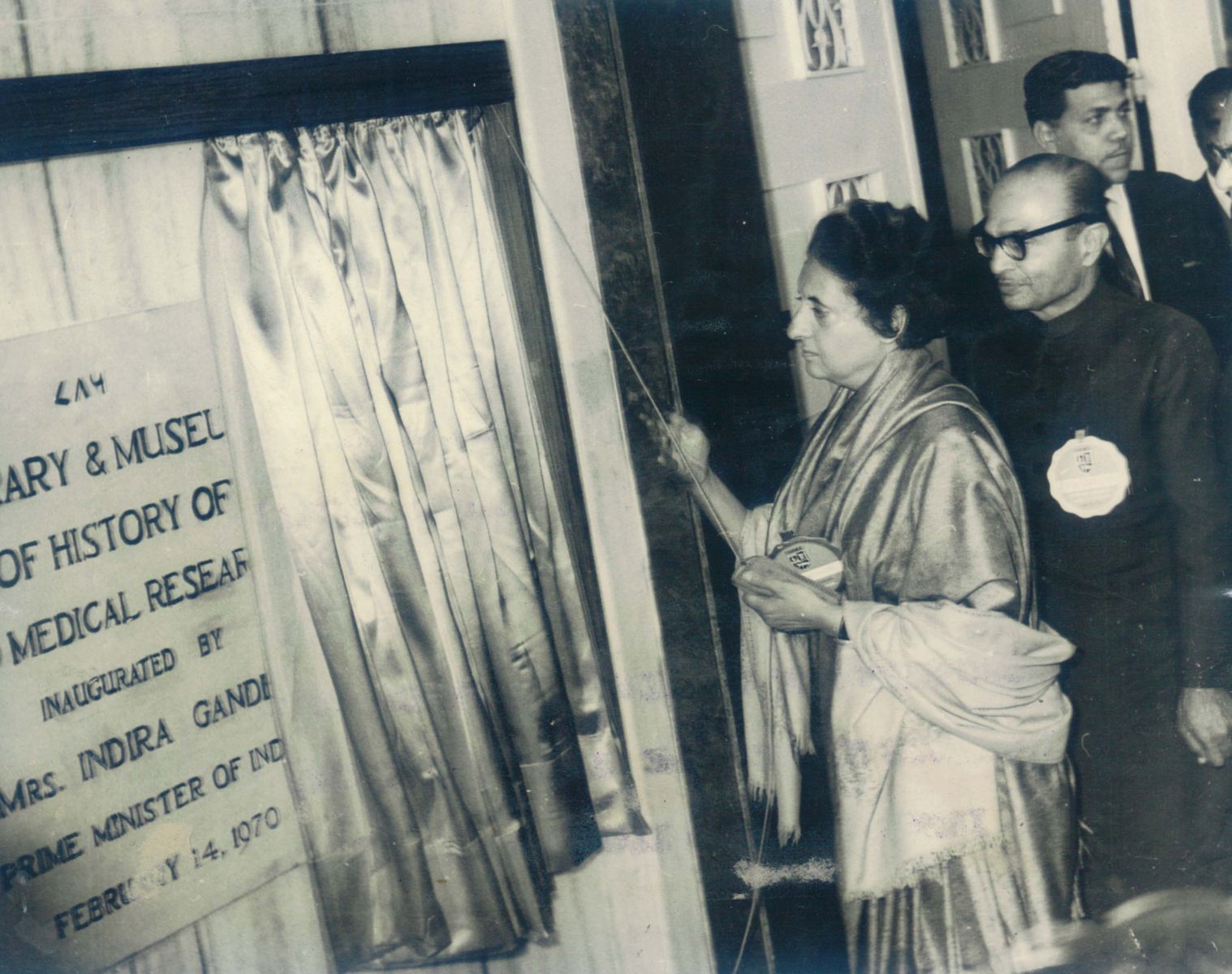 Institute of History of Medicine and Medical Research (IHMMR) is inaugurated by Prime Minister, Indira Gandhi

HAMDARD COLLEGE OF PHARMACY set up at IHMMR campus 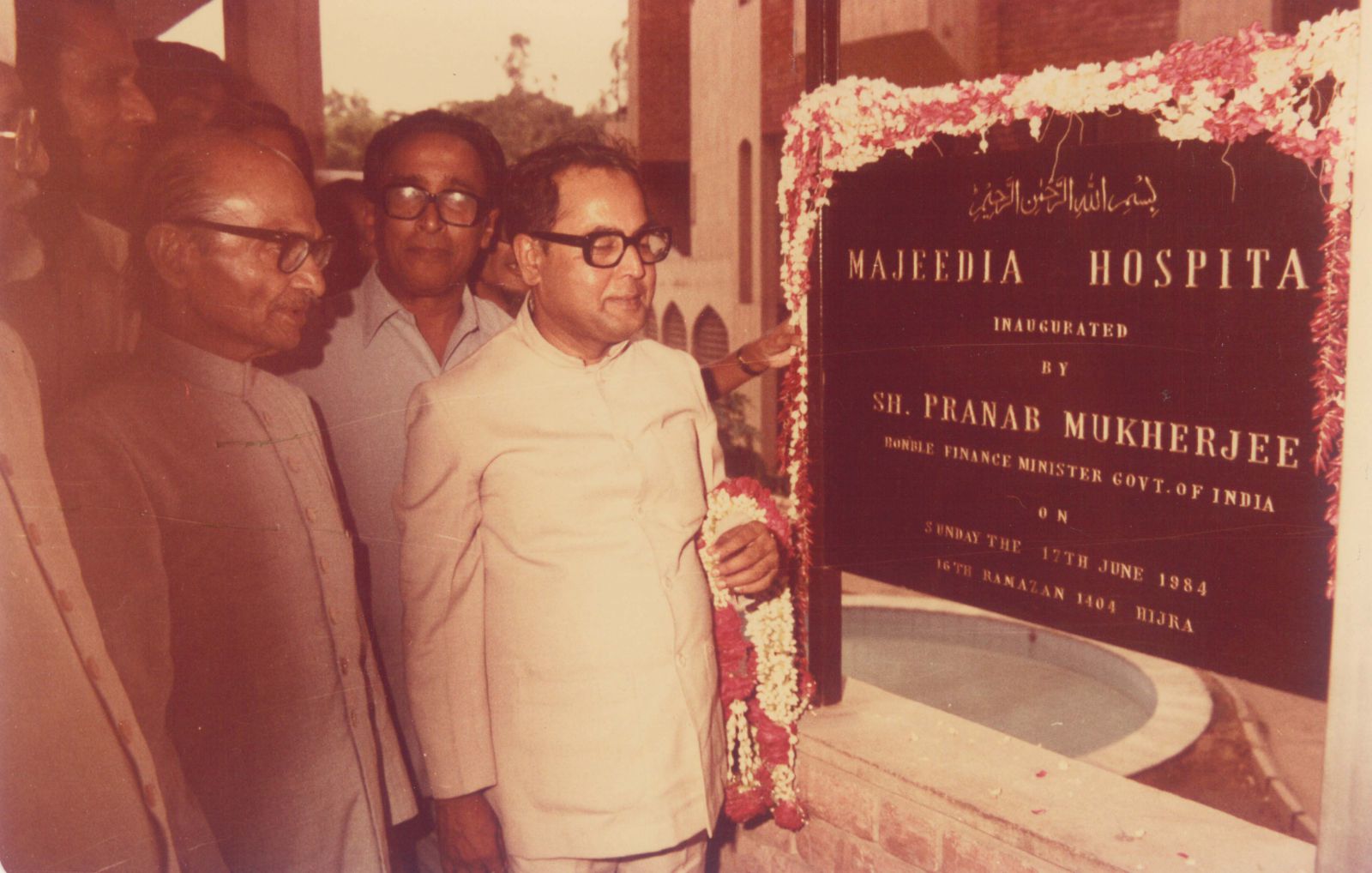 Jamia Hamdard University set up and got a 'Deeemed University' status

"Padma Bhushan" awarded to Hakeem Abdul Hameed in recognition of his exemplary service to mankind.

Modern Facilities set up for manufacture of Herbal/Unani Medicines set up at Manesar.

Hamdard's manufacturing facility at Manesar gets US FDA certification.

The First Chief Mutawalli/Trustee of Hamdard

His untiring efforts to modernize Hamdard Laboratories, in terms of standardization of Products & Packaging, setting up of modern facilities at Manesar and Ghaziabad, earned many feathers to his cap. It was successfully audited by US FDA, earned ISO 9001, ISO 2200 certification and the facility was approved by EIA (Export Inspection Agency). He is credited for laying the foundation of professionalizing Hamdard Laboratories with the assistance of Ernst & Young, during the period of 2009 through 2014. The success of this transformation bears testimony to the increase in the turnover of Hamdard Laboratories, which doubled during his tenure with a 150% increase in profits.

Over and above the exceptional financial performance, Hamdard was able to establish the highest standards of corporate governance, and digitization through information technology. Robust systems and procedures were put in place so as to achieve the above objectives.

It was due to his vision that Hamdard was able to establish HIMSR –the only private medical college in Delhi in the campus of Jamia Hamdard-an institute which has come up as one of the leading medical colleges in India, continuing the visions of the founders for creating institutions for educational excellence.

Such trailblazing achievement in one life makes him one of the most dynamic leaders of his time.

Here at Hamdard, we pay homage to his vision through our continued efforts to strive for excellence. 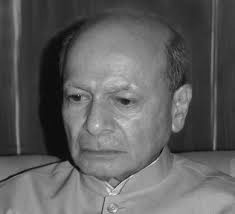 Get our emails to stay in the know

Thank You for Subscribing!